We have been contemplating getting an electric car for a while now - they are better for the environment and are cheaper to run, so when we were invited to try the Hyundai KONA Electric for a few days as part of Hyundai’s Clean Driving Challenge that aims to raise awareness and educated people on how they can make everyday changes to improve air pollution we jumped at the chance.

The Hyundai KONA Electric car can go for 300 miles on a single charge so we decided to take drive it from London to Kent and spent a day on the coast. One thing I wondered about before we tried out the car was how to charge it and for some reason I was worried about running out of battery - but it is exactly the same as a petrol engine - apart from filling it with fuel, you plug it in. Electric charging points are becoming increasingly popular at motorway service stations. It is much cheaper than petrol and charging the battery up to 80% takes 75 minutes using a rapid (50kW) charger.

The other thing I was curious about was if it would be silent which it was - I even had to double check it was on the first time I drove it. 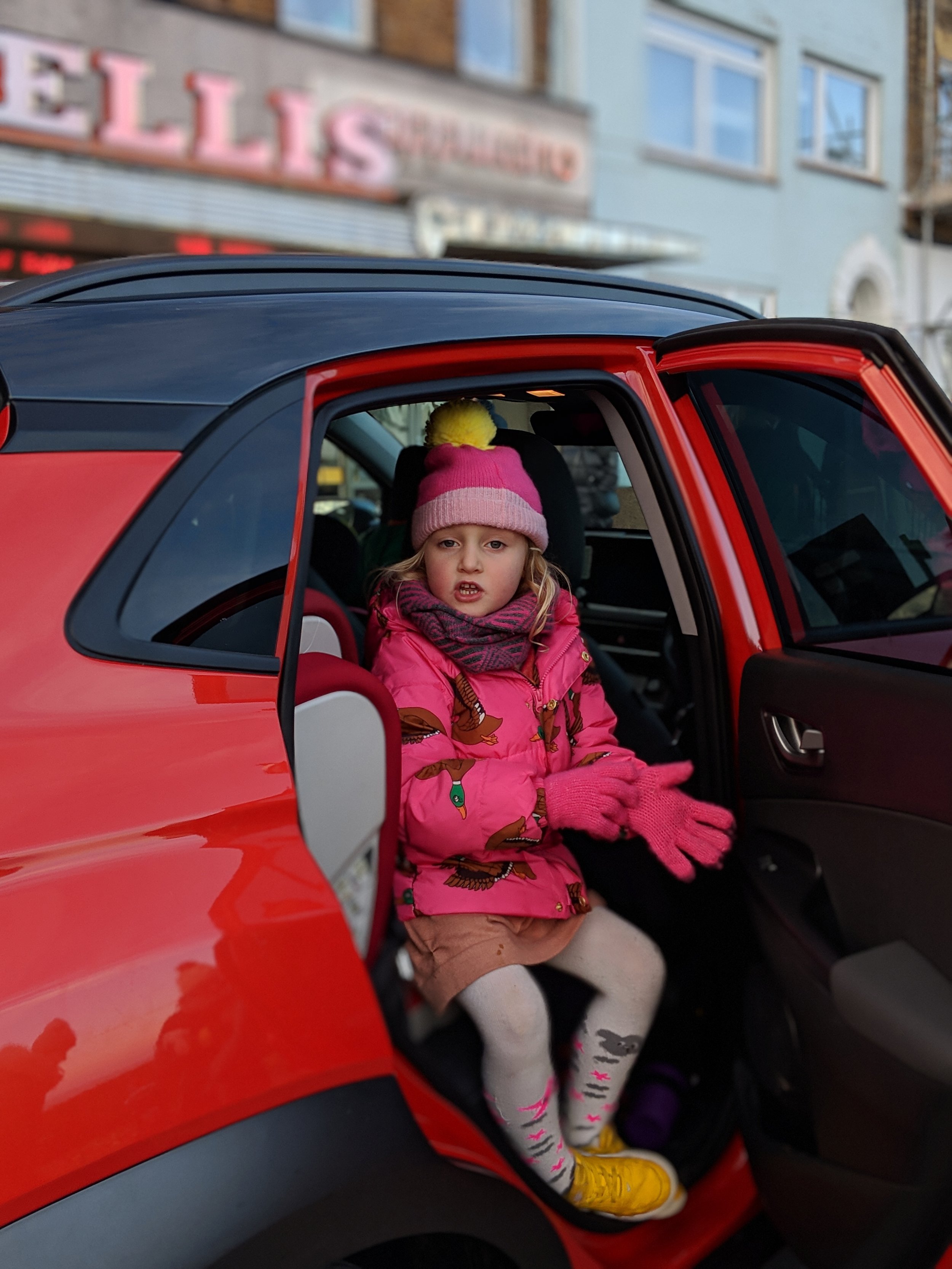 The Hyundai KONA Electric is an absolute dream to drive, so smooth and is incredibly easy to park - with a camera and parking sensors at the back. It is automatic and controlled by 4 easy buttons on the central console park / neutral / drive and reverse and the navigation system is easy and clear. The boot is a decent size as was the back seat which fitted 3 of us. Approximately 50% of air pollution comes from road transport and 40% comes from diesel*. Opting for a ‘green’ vehicle with zero-emission is one way to combat this. Six million car journeys are made by Londoners every day (2m of those are under 2km)**. Other small changes we can make to our driving include going easy on the braking and acceleration so driving more smoothly, turning off your engine in stopped traffic and keeping your speed slow and steady.

We absolutely love this car and was reluctant to give it back.

This post was kindly sponsored by Hyundai, all thoughts are entirely my own.

CORNWALL WITH FRIENDS (+ A LOT OF KIDS)